Despite my solo-parenting weekend, I'm actually finding quite a bit of time to catch up on my drawing. As I'm getting to the end of the challenges, I'm starting to wonder what's next and how I can keep this practice going. I've never thought of myself as an artist, but I'm starting to not be able to picture NOT drawing. Maybe it's time for some art lessons? Maybe I should check out the other courses on lynda.com? :)

Last night I was checking in with the littlest Pagano and my husband before their bedtime. The little guy was describing his "invisible friend" who lives in California while he's away. His name is Burn and he has a fiery tail and likes to give you sunburns. Doesn't sound like a very nice guy, but I decided to try to draw what he might looks like for my Day 18 challenge. Here's Burn: 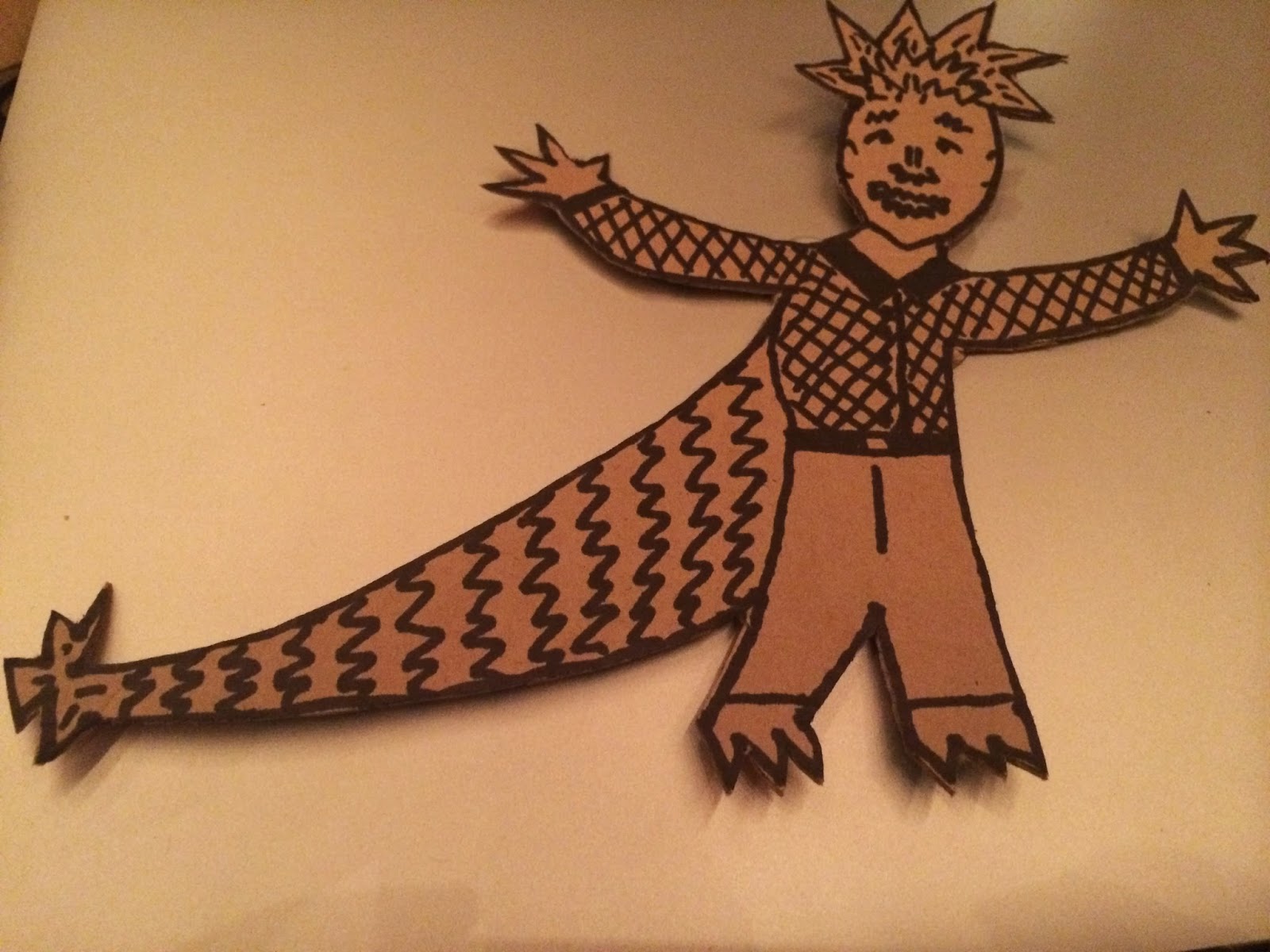 I still had a lot of cardboard left and time to kill while I worked with my 6th grader on math homework, so I also drew Burn's nemesis, Cooly McFishy. 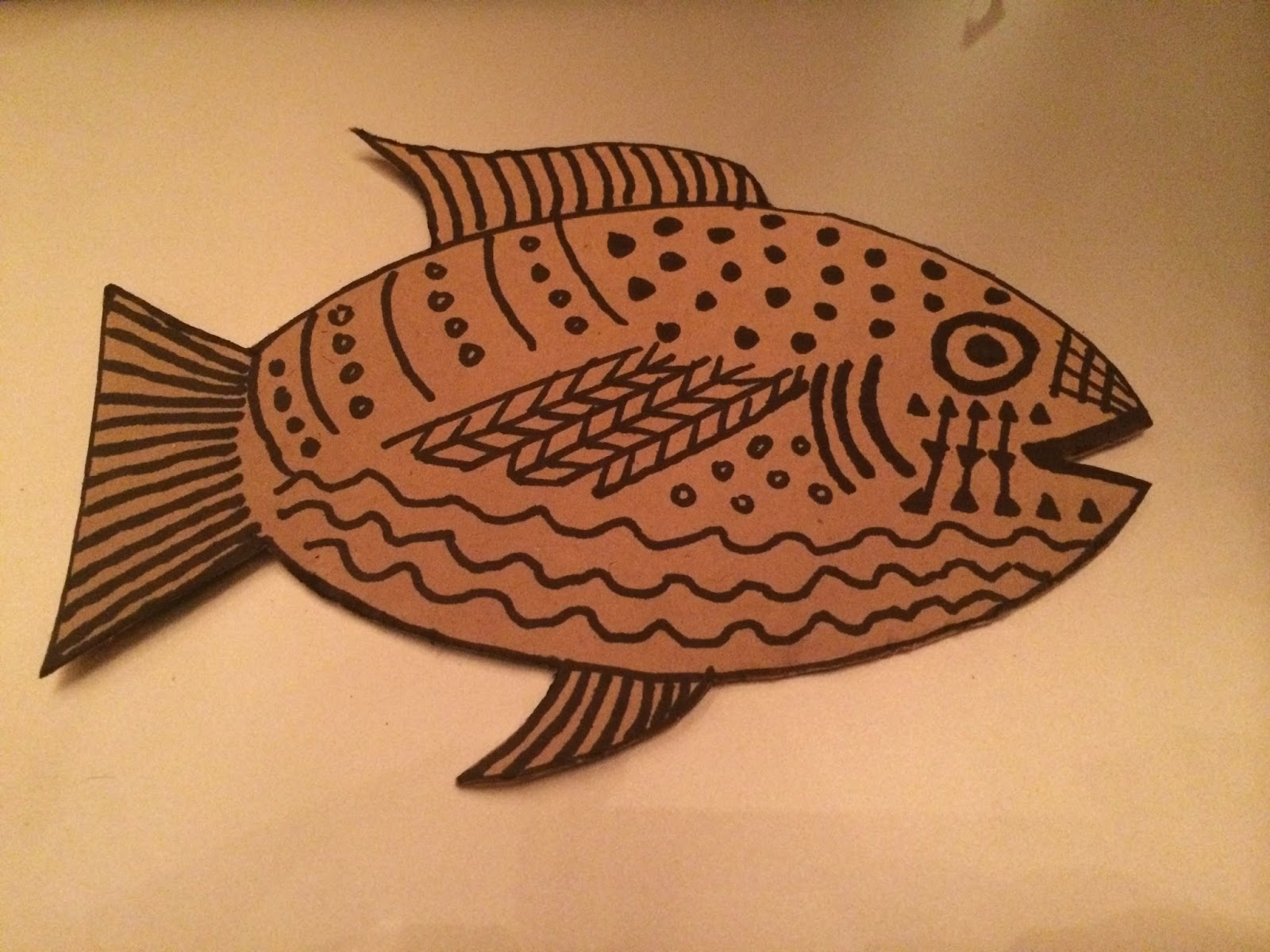 I've also decided that I'm not that excited by doodling, but at least this was a chance for me to practice the graphical/cartoon style that I've been struggling with.

I did like working on the thicker cardboard as opposed to paper, and working with pen instead of pencil was a little unnerving...I'm still not that confident! But at least I'm taking chances! 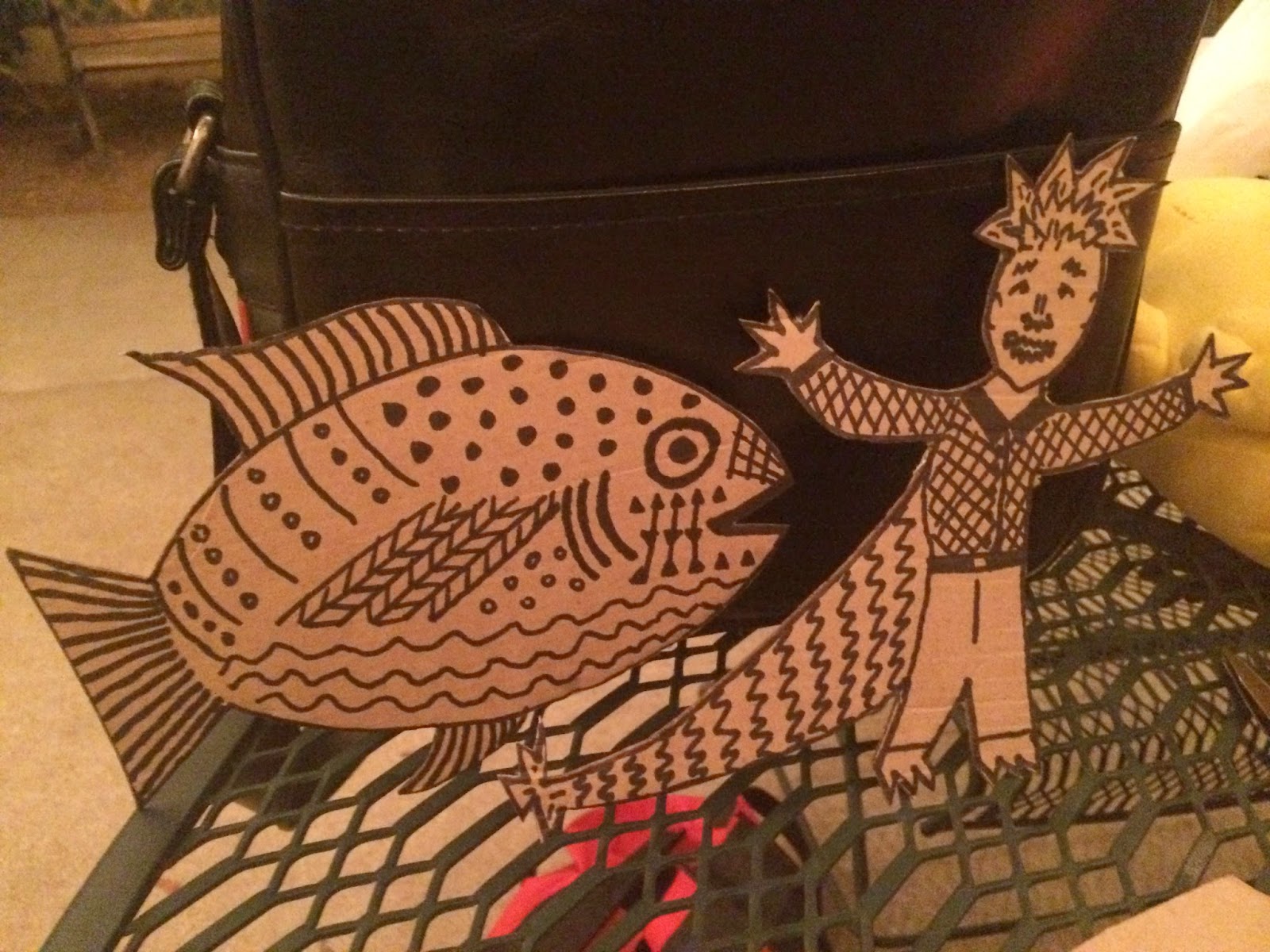