One of my two favorite books is East of Eden by John Steinbeck. (The other is The Brothers Karamazov by Fyodor Dostoevsky...ironic maybe that both books are about brothers? weird.)

It's a book about free will, about choices...about how what you choose is who you become, or defines who you are. One of my favorite passages in East of Eden (actually in any book, ever) describes the differing translations of a single Bible passage, and the implications of what the different translations of that passage mean. The word around which the translations vary is "timshel," which literally means "thou mayest."

This is the core of what it means to be human, the central guiding factor of anything we do. "Thou mayest." You choose what you do. You choose who you are. Each decision that we face, we have the opportunity to choose our course of action.

The truth is, we all do. We, each one of us, decides every day. Luckily, most decisions aren't that complicated...most decisions don't have serious implications for our or other peoples' happiness or wellbeing. But some do. Do you stay at work late to work towards a promotion to make more money to support your family, or do you leave early to spend more time with your kids? Do you end a relationship that isn't working and deal with the consequences, or do you fight to make it work even if it never turns out to be something that makes you truly happy? Do you forgive a violation of your trust, or are some trespasses unforgivable? Do you keep the $20 you find on the street, or do you turn it in? Do you make decisions for the sake of your kids, or do you make decisions that set an example for your children? If you do things for yourself, are you selfish? If you do things for other people, at the expense of doing things for yourself, is that better or worse? Do you judge and treat others harshly for decisions they make that are different than your own, or do you accept our differences as we're all trying to figure this out, day by day?

You have a choice. You decide who you are. It's empowering. It's terrifying. It exposes weakness. It shows true character. It provides opportunity for redemption. It is the core of humanity. 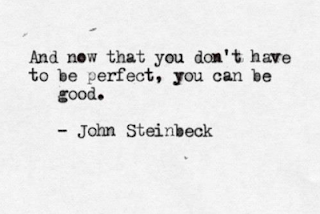 It may be 2013, but we're not starting tabula rasa. We have work to do this year.

Like many people, I sat and cried for hours the day of the Sandy Hook elementary shooting. I cried for days afterward. I cried for the lives lost in Newtown, CT. I cried for my children, who are growing up in this world and have to learn about these tragedies. I cried for our culture, when news reporters think it's ok to interview young children immediately after they've gone through a horrific, traumatic event. I cried for our country, which has been resistant to address the problems that are contributing to the continuous parade of massacres enabled by the widespread availability of guns and stigmatized access to mental healthcare, if healthcare is accessible at all.

I had to stop reading Facebook and Twitter. I couldn't process all of the emotions. When I came back to them, perhaps unsurprisingly, I was appalled by what people were saying.

People were saying if teachers had guns, this tragedy could have been prevented. OMG, are you kidding me? That is the dumbest thing I've ever heard. As a former teacher, it was not part of my degree program to learn how to use a firearm to defend myself and my students against homicidal maniacs. NOR SHOULD IT BE. Teachers are professionals, educators who believe strongly in their mission to help children learn and reach their potential. They are underpaid and undervalued in our society. Are you really saying that in addition to all of the critically important things that they need to do each day that help our society stay educated and strong, that they should be tasked with knowing how to shoot a vigilante? Get a grip.

School security...I heard people saying that schools need to be safer, more security guards and more lock down. Again, really? Is that an appropriate atmosphere for learning? Is that how you want your kids to grow up? In a police state? No. I don't want armed guards greeting my kids at school each day. I don't even like seeing them at the airport.

Those opinions are purporting that our society isn't the problem, it's schools that aren't prepared and are letting us down. Let schools deal with the REAL problems they have...underpaid teachers, under-funding in general, lack of parent support and involvement, archaic models of instruction that haven't caught up to modern technology and society...schools have enough on their plates without having to fend off armed crazies.

I heard people saying there's nothing to be done. That people have the right to have guns and taking them away won't prevent mass murders. That's such a defeatist and "woe is me" attitude. We don't have to accept the status quo. It's fine if you want to sit on your ass and not do anything about it, but please don't get in the way of people who DO want to prevent future tragedies.

People have access to guns with which they can kill people easily. Lots of people. I come from a hunting family; I'm not talking about sporting rifles. I'm talking about guns that you're not allowed to use to kill a deer. You can buy them online. You can buy them all over the place. Sure, there are some screening procedures. But hey, if I can't pass the screen, maybe my mom can. Or my brother. Or my friend. The U.S. has a tragic number of gun deaths each year. Why are we allowing this to continue? Oh right...the Second Amendment. Funny, we've evolved as a society in so many ways...we abolished slavery. Women can vote. We're finally acknowledging equality regardless of your sexual orientation. Why is it so difficult for us to let go of guns?

Let me ask you this...how many stories do you hear of someone who was able to prevent a tragedy because they had a gun? How many rapists stopped? How many murders prevented? How many kidnappers thwarted? It's weird...because I hear of so many accidental shootings, but very rarely of guns being appropriately used as defensive weapons. Why is that? Oh right...fear. We've been sold this bill of goods, that we need to have guns to protect ourselves. For every story of someone effectively using a gun to stop a bad guy, there are countless of bad guys who aren't stopped who never should have had a gun, and even more accidental deaths caused by guns. What exactly do we need guns to protect us from? The boogeyman? Zombies? Home intruders?

There are a few truths. Change requires action.

If you believe something needs to change to prevent future tragedies, you have a few options for action you could take:

Nothing changes until we decide to change it. If we don't fight to change, even when it's difficult, we're accepting this status quo, accepting that we're ok with ongoing mass murders, people not being treated for mental illness and our children living in fear. It's easier to learn how to live with a problem than to change it; they are both a form of adaptation. The question is, to what do you want to adapt?