The problem with potential

I have a super power. I know, everyone likes to think about what super power they wish they had (I like to do that too), but I actually have one. I could go into all of the reasons of why I know this, but suspend your disbelief and pretend like you believe me. 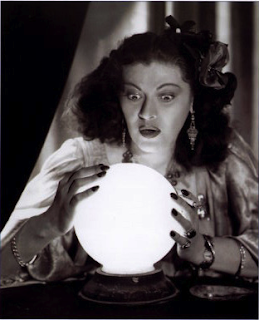 I can see potential.

Not some vague sense or hope or glimmer. I see the future. Or, what the future could be.

That's the problem with potential...free will. Also? Hard work. Let me explain.

Suppose I came to you today and I told you that you could be President of the United States. Let's say that was something you very much wanted. And suppose I could lay out for you everything that it would take to make that happen, or at least the major steps. "All you have to do," I'd say, "is X and Y and Z, and you can be President."

Most people probably wouldn't do it. And why is that? Oh...there are lots of reasons...fear of change, fear of failure, insecurities, self-doubt, doubt of others' belief in us...and sometimes its just too much work to live up to our potential. Sometimes its too hard and too scary. Most of the time, actually.

Which is why I have the crappiest super power ever. (In doing some research, I found this list of lame super powers. In comparison, I don't feel THAT bad about mine...). Because most people, in the end, value security over their goals and I'm left seeing all of that wasted potential of what could have been.

I'm writing about all of this today because of my oldest son. Maybe its a weakness in my super power, or maybe its a feature, but I can't see the future of my kids. I think its probably the one reprieve I get...I don't have to be tortured over the decisions of my children. Plus, all parents see, in some vague way, the potential of their kids. Some parents push their children to be the best they can be, some parents are completely hands off and let their kids find their own way. Most people probably fall somewhere in between. I always had the philosophy that I would parent by example...I challenge myself to live the way that I hope my children will live. Fearless, passionate, determined, honest, compassionate, and thankful...those are the characteristics I've tried to model for my kids.

I could point out to you which 3rd grader he is, but in the end, it doesn't matter. As part of an Artist in Residence program at his school, teachers of African dance and music worked with these kids one day a week for six weeks, teaching them about rhythm and dance and "the break" in percussion when the drums signal the dancer to transition from one style to the next. My son is quiet, a gamer and an intellectual, more pragmatic than a dreamer. He's not much for showing off.

In his 1st grade play performance, he stunned me by beatboxing to a rap song the kids performed at the end of the play. In the 2nd grade talent show, he decided to perform stand up comedy. He killed. Not that I didn't have faith in him, but I was shocked. But this year was different...this year was on stage. This was dancing.

This was going to be a challenge.

Except it wasn't. Because what my 8 year old son taught me today is what I've been trying to teach him. That you can accomplish great things, you can realize your potential, if you decide that's what you're going to do. He never doubted he could beatbox at 6 years old, he wasn't scared to tell jokes to a packed house of his peers and their parents when he was 7. Today, at 8 years old, he was fearless, passionate, determined, honest, compassionate and thankful...in front of a crowded auditorium. He never even considered another option. And so, with a joy a wish I could bottle, he performed an African dance.

In the end, the people who realize their potential are the people who see no other option...and my super power ends up meaning very little to people who are willing to settle for less. 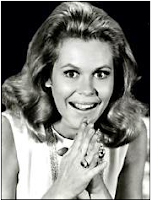 For the record, if I ever got to choose, I think I'd rather have the super power of teleportation. Kinda like Samantha in Bewitched.
Posted by Unknown at 11:32 AM 2 comments

Back from San Francisco and just starting to come out of the whirlwind that was DevLearn 2010. This being our third year attending, presenting and exhibiting at the conference, I think we had some assumptions of what to expect...but I don't think we got close to anticipating the excitement, energy, and flat out level of busy that we experienced this year.

In no small part, what kept us jumping was running the Dr. Strangelearn ARG. HUGE kudos to Kristen Cromer who did the lion's share of the work on the ARG, including manning the Dr. Stranglearn Information Station at the conference and co-hosting the Breakfast Byte debrief. I think both Kristen and I will be writing up our reflections specifically around Dr. Strangelearn in the next week or so; but suffice it to say, I was thrilled with the participation and level of engagement of the players and am excited to continue the conversations started this week around ARG design for organizational learning.
The other thing that kept me busy was the 5 sessions that I presented. It didn't sound like that much leading into the conference, but wow...the speaking gigs kept me on my toes. From the ARG session on Wednesday, to Thursday's guest appearances at Mark Oehlert's Social Learning Camp and Alicia Sanchez's Serious Game Zone, then onto the Dr. Strangelearn debrief on Friday and ending with my Future of Learning Technologies session...it was a fun challenge to reframe the work that we do at Tandem Learning throughout the year for the different subjects and audiences.

The session I was most looking forward to was the Future of Learning Technologies session, and it was so much fun ending the conference with a packed room and talking augmented reality, virtual worlds, geolocation, and social media...I think we even talked holograms, jetpacks and teleportation. What was interesting in reviewing the twitterstream after the session was that the least technology-related point I emphasized seemed to resonate the most: Start with the problem you are trying to solve. In the end, all of the cool technology in the world isn't much use if it doesn't help us solve organizational issues that can't be addressed in other ways. But I digress...

Let me close with a few highlights of the conference for me, in no particular order:

Thanks to the Tandem Learning team for their innovation and hard work both before and at the conference...Jedd, Kristen, Tim and Lynn represented on site and Jen and Marcus kept the ship moving forward in our absence.
And last but not least! A huge thanks to the E-Learning Guild, in particular Brent, David, Heidi, Luis, Juli and Mary, who put on such an amazing conference every year. We can't wait to do it all again in Las Vegas next year!
Posted by Unknown at 10:34 AM 2 comments