A week without social media: what is Harrisburg University learning?

If you haven't cut off social media yourself, you have probably heard about the social media blackout imposed at Harrisburg University this week. 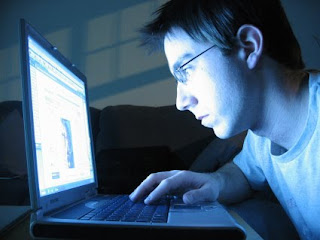 To be honest, I was surprised about the blackout for two reasons. First, I know these guys! I'm serving on advisory boards, presented at both LEEF conferences, and have plans to do more with them in the future. So I know they aren't crazy. And second? They are a technology-focused university. The whole building is wired and designed like a tech-girl's dream. All of their degree programs are technology-related.


This seems like the university least likely to cut their students off from social media.


Knowing the brilliant people who are moving Harrisburg University forward has its advantages when the topic starts trending on Twitter. I decided to reach out to two of my friends to get the scoop on their week off from social media.


Speaking to Charles Palmer (@charlespalmer), Exec. Dir. Center for Advanced Entertainment & Learning Technologies/Assoc. Prof. of Multimedia, I could tell just two days in that there had already been an impact on him personally. "I feel like I'm missing out on conversations," Charles admitted after telling me that he was also imposing the blackout at home. "I miss Twitter, but I'm realizing that I use Facebook as a distraction."


For me personally, it’s had a big impact on me sharing out resources to my network.  There have been at least a dozen times over the past 1 ½ days when I would have shared resources via Twitter and was not able to (via the desktop).  Usually, the activity of sharing via Twitter also results in my finding resources from my network as well.  I’ve also received LinkedIn group notifications of resources and discussions that I’ve been unable to review.  Those resources are often valuable and have an impact on my work.  I’ve marked them for later reading (or the evening or next week) for now.

Charles shared some of the students' perspectives as well. The reaction started out as uproar on Friday when they first found out, but has settled into one of two camps: students who are accepting it and students who are figuring out how to circumvent the system. Both of those experiences may be valuable...either from an actively reflective perspective of how technology impacts our lives, or simply from the standpoint that these future technology professionals are gaining valuable experience about working around (or enforcing) network security. Ironically, Harrisburg University's Social Media Summit is this week. I'm sure the blackout will spark much of the conversation there, as it has been all over the world.


I think the big question is, what's the point?


Unplugging from social media may actually help students better assess how these tools can, and should, be used. By removing social media from the equation, students may become consciously aware of how they use these tools to communicate, build relationship, work, and learn. Taking a break might help them realize which tools are actually valuable and why they are valuable. As these students enter organizations, this reflective exercise may help them better understand how organizational dynamics are impacted by social media and help them lead organizations in implementing appropriate tools, processes, and policies to support effective use.


Of course, Charles admitted, they might not learn much at all. A week isn't a big enough window to change behavior, and they don't have any misconceptions that it will. But Charles mentioned that this initial experiment may lay the foundation for a larger, more comprehensive future experiment where real research can be conducted.


In speaking with Charles and Andy, I think the real value of this experiment is not what the outcomes are this week. People have become so engrossed in social media as a communication tool that they sometimes neglect other, perhaps more valuable, forms of communication. This week provides a chance to do some comparative analysis. Giving students an opportunity to experience an unplugged existence provides a chance for critical and intentional behavioral reflection on how they are using social media. As learning professionals, we often ask students to critically reflect, but don't always provide the space or environment to facilitate that reflection. Even a week without social media could provide valuable insight into how students gain value, or not, from social media tools.


In the case of Charles and Facebook? It sounds like I'll be seeing less status updates. But I'll be happy to see him and Andy back in my Twitterstream.
Posted by Unknown at 3:53 PM