I'm about to make some broad, sweeping generalizations about behavior based on gender. Yes, I know that opens up a whole debate where people will point to specific examples that run counter to my argument, and yes, they exist, and no, I'm not saying that ALL women behave one way or that ALL men behave another. But there are some culturally defined and perhaps genetically determined differences in how the genders interact (lots and lots of books written about this...) and this post is focused on addressing how those differences affect design, specifically community and user interaction design in social media.

I read a story this morning that came through my Twitter stream: Is Quora a Sausage Fest?

And it immediately clarified for me why I don't like Quora. Quora is actually designed for men. 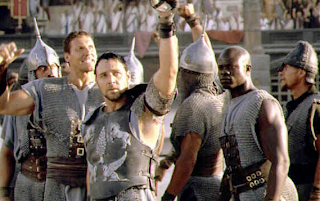 Let's take a step back. Lots of business and political arenas were designed by men, for men...they focus on the ways that men interact with each other. Sorry, guys, but a lot of what you do is just professional chest-puffing, testosterone-rich, back-slapping pissing matches. Sure, it may look more civilized in some contexts, but I'd argue that on any given day, C-Span taps into the political version of a Gladiator ring with a bunch of guys trying to out-argue each other over issues that neither party is going to budge on.

When you design systems based on the way men interact and communicate, men will be more interested in participating in them and will be more successful in them.

Although some people might call it a social media tool, there's not a lot social about it. If you don't know what Quora is...the simplest explanation is that its a forum where people can post questions and people can post responses. That seems gender-neutral enough, right? 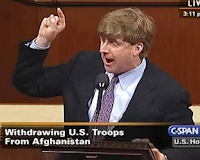 Except, its really not. Quora has one formula to participate: question and answer. If we think about this as a community where everyone has the opportunity to become an "expert" then all of a sudden, the dynamic becomes "who can post the best/smartest/most relevant answer." In essence, Quora becomes one big competition to be the most prolific, the most engaged, the most respected...by answering other people's questions "the best."

This isn't a format that lends itself to conversation or discussion. This is a format that is a bunch of people getting up on their pulpits and preaching. This is Senators presenting on the Senate floor, gladiators in the ring fighting for their lives, people climbing over each other to get themselves up the corporate ladder. This is a format designed for men.

If you look at the most successful social media tools, Twitter and Facebook, there's one overarching feature that makes them just as appealing to women as they are to men. Its the opportunity for people to engage and interact in different ways. These tools allow for people to create their own experiences. They allow flexibility in participation. They create lots of different opportunities for people to define their own "success" or value in using the tools. With Twitter and Facebook, what you get out of it is what you put in...you create your own experience.

I talk a lot in my presentations on designing experiences to account for gender differences. There are some general guiding principles in immersive design you need to pay attention to: how you orient new users to the environment, how you reward behaviors, how well defined success is, etc. These gender differences impact how people perceive these environments, all the way from "is it useful?" to "is it fun?" and its important to understand how people engage with each other to design for different types of engagement.

Women are more communal, collaborative, and like to talk things out. Men are more decisive, exploratory, and willing to take risks (trial and error). I could tap into all the research that shows how our language, behaviors, and decision-making differs along gender lines, and how that contributes not only to how we are perceived and valued in professional settings, but also how that reflects how we think about ourselves as women and men. There are powerful cultural forces that have gotten us to where we are today; many of those cultural beliefs are what perpetuate gender stereotypes and inequalities. The fact remains...there are differences between women and men. That's a good thing, when those differences are acknowledged and accounted for.

So back to Quora. Its designed to post up a question and open it up to answers. This isn't a format like "Ask the Expert" where credibility and respect have already been established as part of the interaction design. This is a free-for-all of throwing yourself out there and making yourself an authority. If you look at just the basic differences between women and men, it makes sense why more men are engaged in this format. You're rewarded for having the most decisive language, strongest opinions, and taking a risk by throwing your opinion out there. Most women take one look at that and think "not interested." Then I'm guessing they go ask their question on Twitter or Facebook.

Asking questions and seeking answers are human characteristics that have nothing to do with gender. How we ask questions, who we seek out for answers, and they types of answers we value can be extremely gender specific. As we continue to explore social media tools as opportunities to engage people in new ways, we need to make sure we are aware of the differences if we want design to engage BOTH genders in the conversations. Perhaps before designing a tool that's whole purpose is to provide opportunities for questions and answers and then wondering why women aren't participating, it would be important to look at how women are already asking and answering questions and building those types of interactions into your design.

Unless you want, in the immortal words of Flight of the Conchords, "Too Many Dicks on the Dancefloor":